Living off the Land

How I’ve lifted my depression …

Sad to report that gardening television presenter and writer Peter Seabrook, has died aged 86. He suffered a heart attack while at home in Chelmsford (Essex) on Friday 14 January.

Peter was a renowned television, radio, podcaster and writer. He wrote a weekly column in The Sun newspaper since 1977.

“I was brought up gardening with my father and grandfather. I was always interested. We lived on my grandfather’s farm and just took in a little bit more field as garden when we wanted to. I was brought up during World War Two, so we automatically grew vegetables to feed ourselves. I still have my very first seed packet. They were sweet peas I sowed when I was seven or eight years old — and I’ve grown sweet peas every year since.”
– Peter Seabrook

His gardening career began when he was 10 years old at a local nursery. He started working on radio in 1965 for the BBC Home Service before moving onto Pebble Mill At One and BBC’s Gardener’s World. In recent year he also started his own YouTube channel.

Peter’s wife died with Covid in 2020. In her memory Peter created a pale pink Verbena and called it Margaret’s Memory; proceeds going to Alzheimer’s Research.

He was awarded the Victoria Medal of Honour by the Royal Horticultural Society, their highest honour.

“I would often meet Peter at gardening society and media days. Gardening was in his blood and he always had news about something new coming onto the market. There is no doubt his presence will be missed. Peter Seabrook was the gardeners gardener.”
– Sean James Cameron

To celebrate his 80th birthday Mr Fothergill’s presented Peter with the gift of a painting of Verbena Seabrook’s Lavender by botanical artist Isobel Bartholomew.

Last year he gave a personal insight into his life while appearing on the podcast ‘Talking Heads with Lucy Chamberlain and Saul Walker’ https://www.talkingheadspodcast.co.uk/763457/7452499 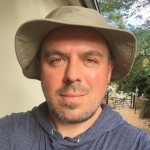 May: Fixing the Greenhouse, …